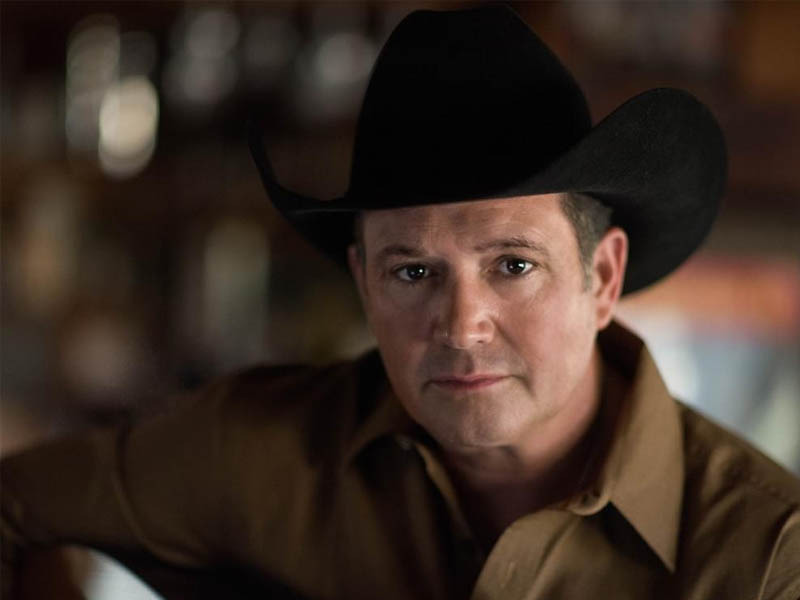 There are many ways to describe Tracy Byrd, but unique, talented, and charismatic just seem to scratch the surface. However, there is one word that ties them all together and is true to their character: Tracy Byrd is Real. Few people sing so honestly from their heart and soul. Tracy Byrd does so in just the right way, combining art, story, and song in perfect unison. 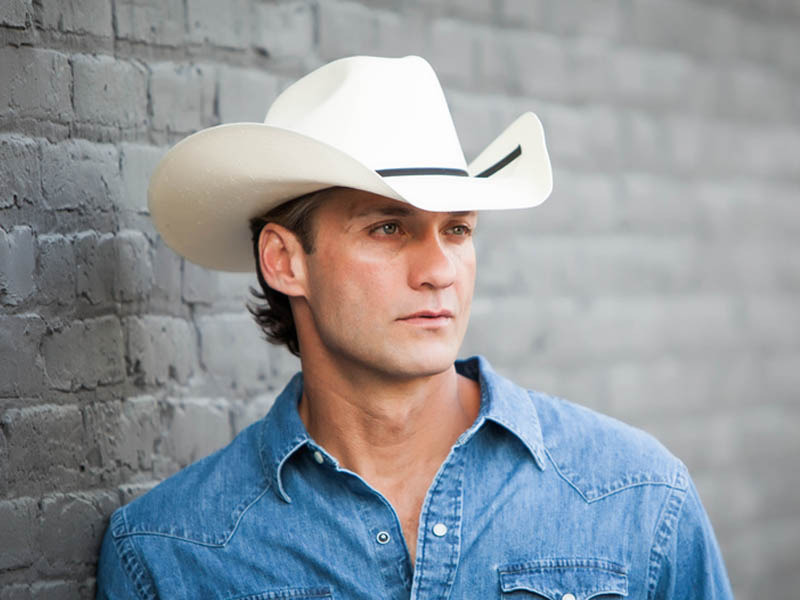 Wade Hayes was in his early 20s when he began churning out such enduring hits as "Old Enough to Know Better," "I'm Still Dancing with You," "On a Good Night" and "What I Meant to Say." A second generation country singer from Bethel Acres, Oklahoma, Hayes grew up watching his dad perform. The young guitarist's dream was to be the next Don Rich, Buck Owens' revered guitar player and one of country music's most legendary sidemen. "I was a big fan of Don Rich and I thought that's what I wanted to do," he recalls. "That's what I moved to Nashville for."

Hayes began realizing that goal when Johnny Lee tapped the young musician to be his lead guitarist, but he just wasn't meant to be a sideman. "Record label people started coming to watch me play and the next thing I knew everything was happening fast," says Hayes, who landed a publishing deal just nine months after moving to Nashville, and a contract with Columbia Records soon after. His debut single, "Old Enough to Know Better," hit No. 1 on Billboard's Hot Country Singles & Tracks chart and Hayes was nominated for the ACM's Top New Male Vocalist honor. Two of Hayes' four major label albums have been certified gold by the RIAA, and hits such as "Don't Stop, "The Day That She Left Tulsa (In a Chevy)" and "How Do You Sleep at Night" continue to be fan favorites in his shows. 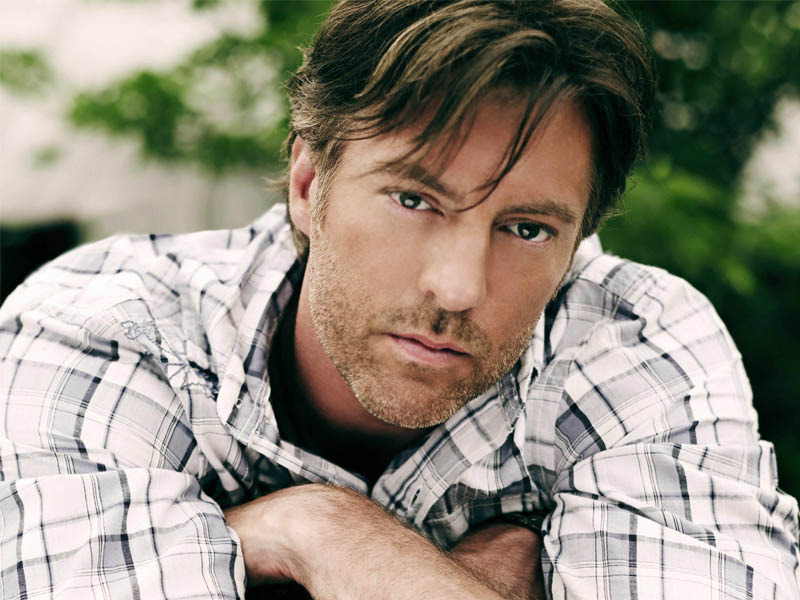 There are many things that Darryl Worley has come to know in his 15-year career in country music. One of those things is how to recognize a hit song, scoring nearly 20 hit singles and three chart-topping hits with the self-penned “Awful, Beautiful Life” and the poignant “Have You Forgotten,” which spent an astonishing seven weeks at No. 1 as well as “I Miss My Friend” which came to him via a songwriter friends in Nashville. He also recognizes the importance of giving back every opportunity that he can through his annual charities that has funded organizations such as the Darryl Worley Cancer Treatment Center in Savannah, Tenn. 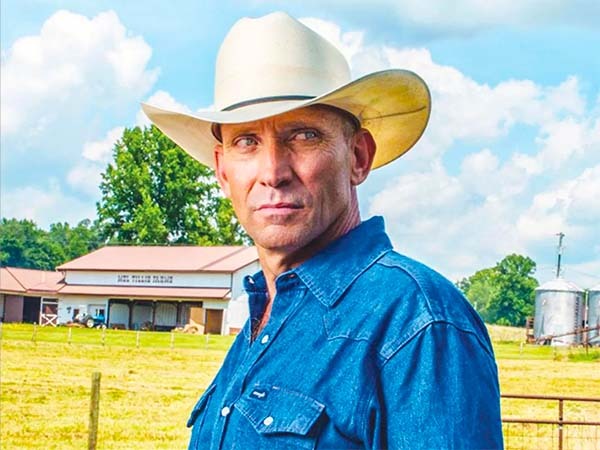 Grammy nominated singer/songwriter Mel Tillis, Jr. proudly carries on the musical tradition set forth by his father, Country Music Hall of Famer Mel Tillis. As a songwriter, Mel Jr. has had songs recorded by Reba McEntire, Trace Adkins, Lee Greenwood, Billy Currington, Ricky Skaggs, Chris LeDoux, Gene Watson, Suzy Boguss, Ty Herndon and Clinton Gregory. Mel Jr. received BMI honors as cowriter of Jamie Oneal’s #1 Grammy nominated hit single “When I Think About Angels.” As a performer, Mel Jr’s mission is to not only pay tribute to his legendary father, but to give real country music fans what they’ve been missing, and what they’ve been looking for – true-to-life stories fitted with expertly crafted melodies.

Music fans enjoyed many country hits from Tillis throughout his career, including “I Ain’t Never,” “I Believe In You,” “Sawmill,” “These Lonely Hands of Mine,” “Lyin’ Time Again,” “Good Woman Blues,” as well as “Send Me Down to Tucson” and “Coca Cola Cowboy,” hits that were featured in the Clint Eastwood film, “Every Which Way But Loose.” Tillis also enjoyed his share of accolades in the industry, including Country Music Association’s Entertainer of the Year, and the Academy of Country Music’s coveted Cliffie Stone Icon Award. 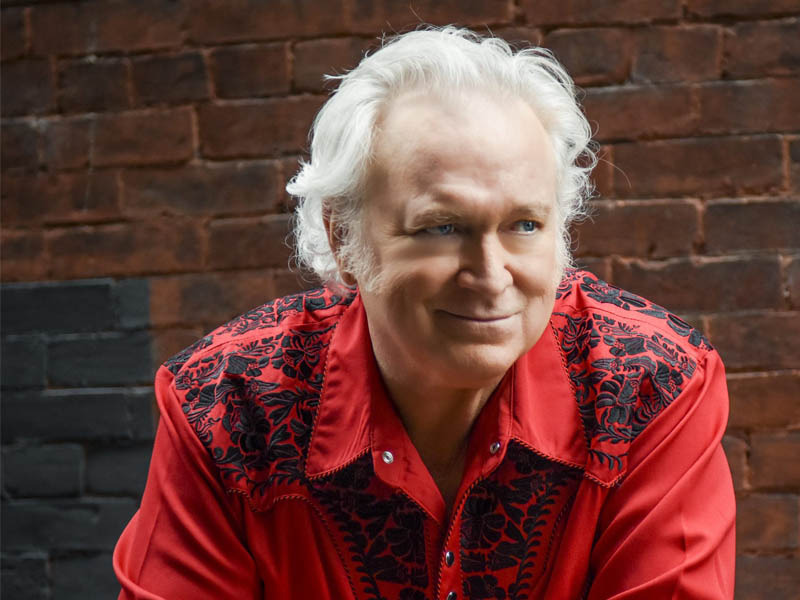 T. Graham Brown has recorded over 15 studio albums and charted more than 28 singles on the Billboard and Gospel charts. Six of these singles reached Number One and eight more reached the Top Ten. Brown’s voice is also recognized from his singing in advertising campaigns for McDonald’s, Disneyland, Almond Joy, Coca Cola, Dodge Truck, Ford, Dr. Pepper, Mountain Dew, Hardee’s and many others including the Taco Bell “Run For The Border” television spots. 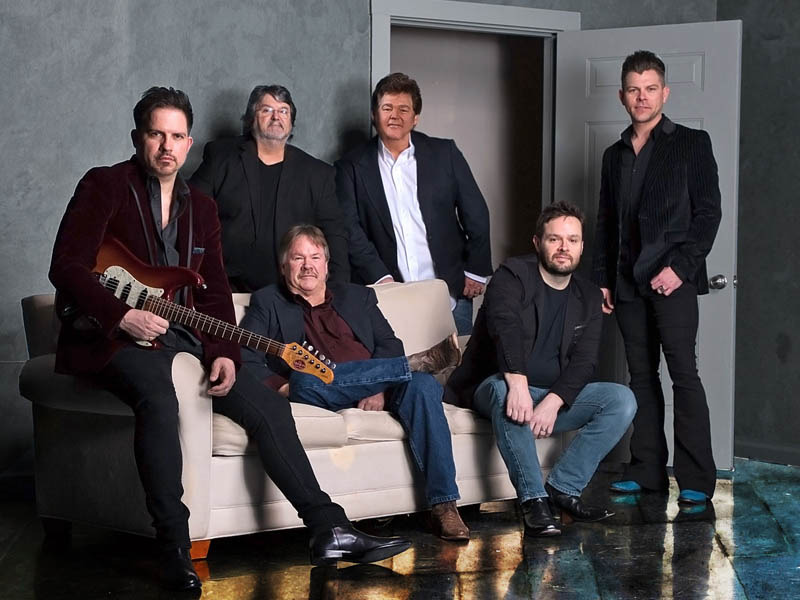 When country music lovers talk about the greatest groups in the genre, Shenandoah is always at the forefront of any discussion. Fueled by Marty Raybon’s distinctive vocals and the band’s skilled musicianship, Shenandoah became well known for delivering such hits as “Two Dozen Roses”, “Church on Cumberland Road” and “Next to You, Next to Me” as well as such achingly beautiful classics as “I Want to be Loved Like That” and the Grammy winning “Somewhere in the Vicinity of the Heart” duet with Alison Krauss. 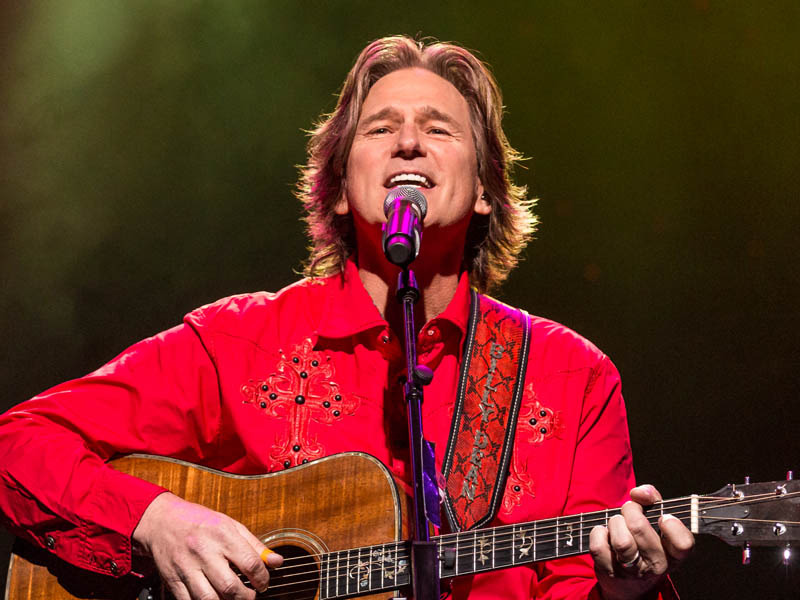 In his music career spanning more than 25 years, Dean has claimed eleven top ten Billboard country singles, including five #1 hits: “I Miss Billy The Kid,” “Somewhere In My Broken Heart,” “If There Hadn’t Been You,” “You Don’t Count The Cost” and “It’s What I Do.” Dean recorded eight major label studio albums, three of which have been certified gold by the RIAA, as well as a greatest hits album which is also certified gold. Earlier in his career, the Academy of Country Music named Dean Top New Male Vocalist and also awarded him Song of the Year for “Somewhere In My Broken Heart.” In 2000, Dean sang harmony vocals alongside Alison Krauss on Kenny Rogers’ rendition of “Buy Me A Rose,” which earned a GRAMMY®. In addition to his successful recording career, Dean has also acted in several movies and appeared in numerous television shows. 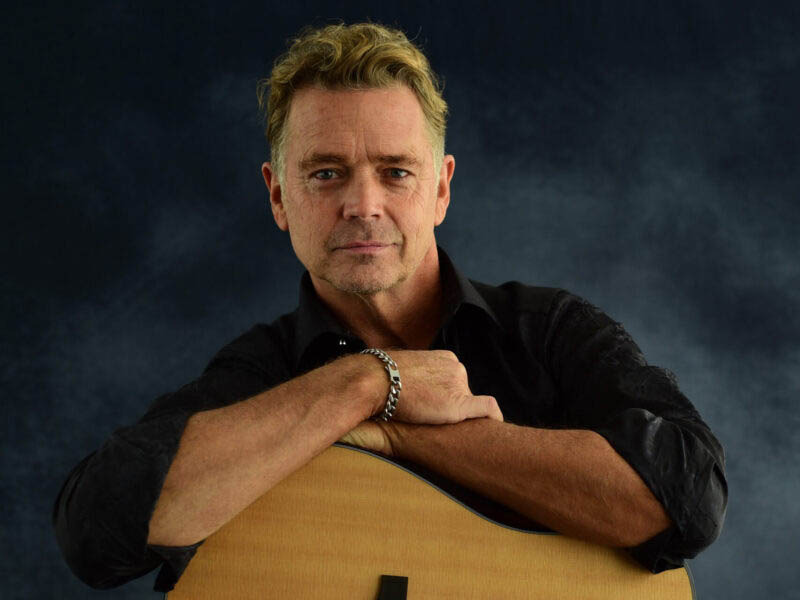 John Schneider has enjoyed a successful career in country music, topping the charts with his no. 1 hits “I’ve Been Around Enough to Know” and “You’re the Last Thing I Needed Tonight.” From 1984 to 1987 Schneider released six albums under MCA Nashville including his no. 1 album A Memory Like You and the quintessential Greatest Hits album. Schneider then took time off to pursue his acting opportunities but would return with Worth the Wait in 1996. He’s gone on to release two Christmas albums, including Home For Christmas with Dukes of Hazzard co-star Tom Wopat. Schneider’s most recent releases include the motion picture soundtrack Stand On It, from the action-comedy movie made in tribute to the 1977 classic, “Smokey and The Bandit,” his holiday-themed album Christmas Cars and his most recent single, “Born At A Truck Stop,” from his upcoming album Truck On. 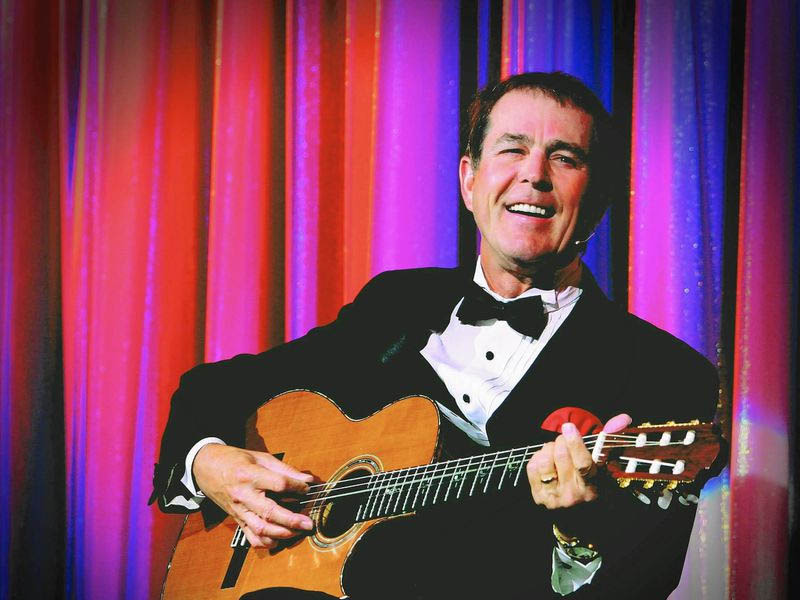 Jim Stafford is an American comedian, musician, singer-songwriter, and actor. Best known for his humorous country novelty songs of the mid-70's, Jim Stafford also enjoyed a lengthy career as a television personality and live entertainer. He was born in the Florida town of Eloise, near Winter Haven. He grew up in a musical family and taught himself how to play a variety of instruments, including the guitar, fiddle, piano, harmonica, and banjo . After high school, Jim moved to Nashville and joined Jumpin' Bill Carlisle's backing band

Stafford was performing in Clearwater, FL, when he ran into Lobo and asked if he would consider recording Jim's original "The Swamp Witch." Lobo suggested that Stafford record it himself, and helped him land a contract with MGM; he would later produce many of Jim's singles as well. "The Swamp Witch" reached the Top 40 in 1973, but it was the following year's "Spiders and Snakes" -- a song co-written with David Bellamy of The Bellamy Brothers -- that brought Jim Stafford into the big time. The song peaked at number three on the pop charts, was certified Gold by the RIAA, and helped make him a household name.

His sense of humor was also showcased on the follow-up hits "My Girl Bill" and "Wildwood Weed," the latter another Top Ten pop hit. He charted in the Top 40 again in 1975 with "Your Bulldog Drinks Champagne" and "I Got Stoned and I Missed It."

By that time, Jim was enough of a celebrity to get his own prime-time variety show, "The Jim Stafford Show" on ABC. In 1981, Stafford appeared in the Clint Eastwood movie, "Any Which Way but Loose" and contributed the chart single, "Cow Patti," to the soundtrack. The following year, he wrote three songs for Disney's animated feature The Fox and the Hound. He hosted two television programs, Those Amazing Animals and Nashville on the Road. In the early '80s and later in the decade, he served as a writer for the Smothers Brothers return to prime-time television. In the meantime, he continued to tour and record.

Stafford has headlined at his own theater in Branson, MO since 1990. He continues to entertain there and at venues all across the country. 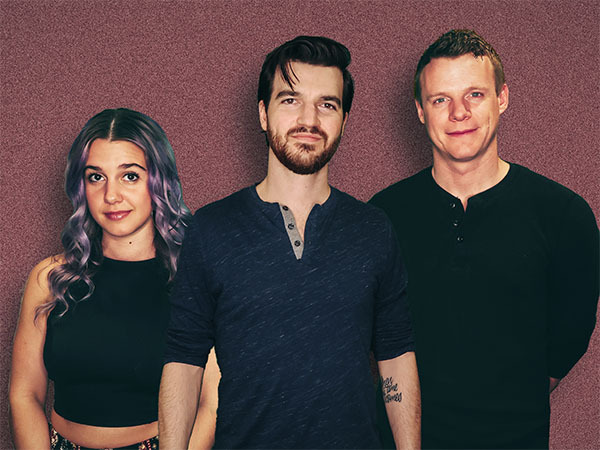 The Sam Gyllenhaal Band has found the sweet spot. That place where rich three-part harmony and thoughtful, catchy songwriting come together - but it wasn’t easy to find.  Sam has been writing, woodshedding, recording, and gigging over a span of 10 years that has included living in 3 cities, 5 or 6 day jobs, and hundreds of song demos.

Joined by his frequent co-writer Alaina Stacey and long-time friend and bandmate Alex Schreiner, the Sam Gyllenhaal Band officially came together in 2017.  Alaina brings a beautifully pure tone and an out-of-this-world knack for blending. Alex, who has known Sam since their college a cappella days, has a voice that complements and magnifies Sam's smooth tenor - he’s also been known to play the shaker like it owes him money. 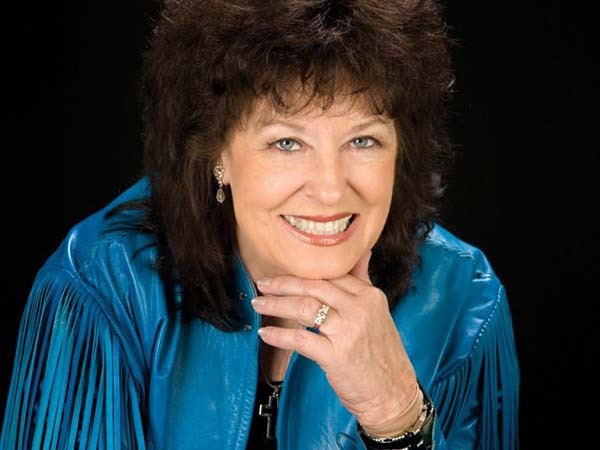 Leona Williams was destined to become a Country Music Entertainer. She landed her first radio show at the age of 15, simply called “Leona Sings” in Jefferson City, Missouri. That journey would take her all over the world and allow her to sing before thousands upon thousands of Country Music fans.

Leona moved to Nashville in the late 1960s from the small town of Vienna Missouri , and was soon recording for Hickory Records with such hits as “Once More” and “Yes Ma’am, He Found Me In A Honky Tonk”. Since then, Leona has traveled worldwide and opened shows for some of country music’s top entertainers and made numerous personal appearances at the Grand Ole Opry in Nashville. 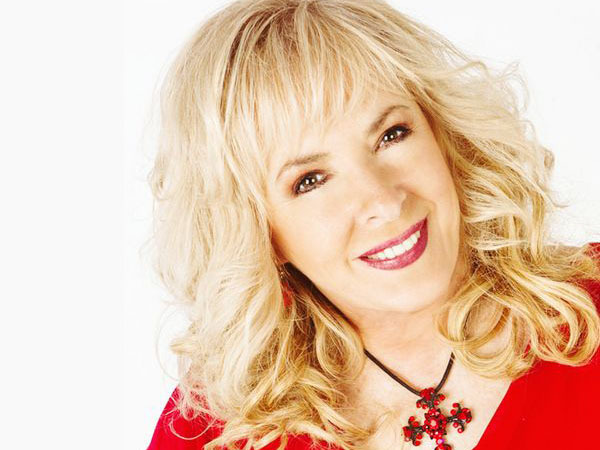 Barbara Fairchild’s vibrant personality, her love for humor and storytelling along with her extraordinary talent for singing country and gospel music make her one of the finest entertainers you will see. She has a sincere warmth that flows out of her to everyone she meets, whether on the street or as a member of the audience in one of her shows.

Barbara’s talent has not diminished through the years and you can often see her these days on the RFD Network along with many of her peers on the very popular “Country Family Reunion” hosted by Bill Anderson.

Among the many television appearances during her career include, “The Tonight Show,” Hee Haw,” “A Salute to Country Music,” “ The CMA Country Music Awards,” and the three part special, “A Country Homecoming,” hosted by Ralph Emery. She has made several appearances on CBN (The 700 Club) and TBN and two tribute specials to the Legendary Dottie Rambo. She was thrilled to host her own TV Special, “Barbara Fairchild In England” on the BBC network, just to name a few.